Winter is around the corner and that is a time when many people ask us how they can deal with snow issues on their roof. One problem is water infiltration, another is snow falling off the roof and creating a hazard and huge piles of snow around the house, especially with metal roofs. 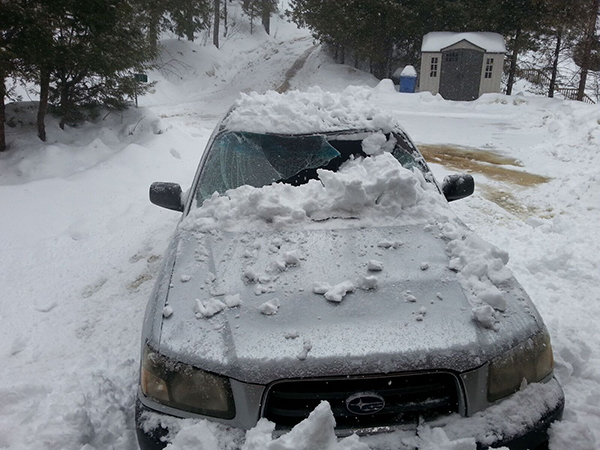 A building’s heating system maintains the temperature at a constant level by turning on and off when variances occur. Those variances arise because the building shell is not perfect and heat escapes. Heat loss happens through the various elements of the building shell: walls, roof, doors and windows, floor.

The attic needs to be sufficiently insulated and ventilated to prevent excessive heat loss. Excessive heat loss can be detected by examining snow accumulation of the roof. If the accumulated snow melts and creates a thick layer of ice at the edges, there is insufficient insulation or ventilation, or both. Not enough insulation means that the building’s heat escapes too quickly, not only reducing the house’s temperature, but raising the temperature of the area where the snow touches the roof. That is what makes the snow melt. The water then runs down the roof slope until it reaches an area where it freezes again. If the lack of insulation is local, this can mean that an icy area is created in that specific spot. If the lack of insulation is more general, you end up with a scenario where the water freezes only as it is leaving the roof, thus creating ice dams. When ice builds up to create an ice dam, water is trapped behind it and has nowhere to go except in the attic.

The attic should not only be well insulated, but also sufficiently ventilated. Heat moves upward to the ceilings and then into the attic. In the attic, the warm inside air comes into contact with the cold outside air. If there is not enough ventilation to quickly evacuate this warm air, it will condensate and create humidity problems. This could go as far as rotting the insulation, making it less efficient and contributing to the ice dam problem. The roof itself is weather tight of course so ventilation is taken care of by a free air flow that goes from the soffits to the roof ventilator. There needs to be enough air flow between the soffit and the attic space. 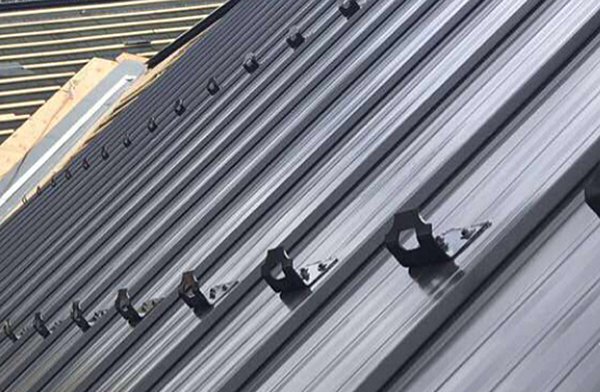 A large pile of snow falling of a roof can be dangerous. Even if a roof has a severe pitch, it can still accumulate quite an amount of snow before it falls off. Especially metal roofs can create such dramatic snow avalanches. This can not only harm people and damage objects around the building, it will also damage or totally tear off eavesthroughs.

Ice guards are a useful addition to metal roofs. They keep the snow in place and prevent it from sliding off in large chunks. Snow will still drop off now and then, but in smaller, broken up amounts, or it will melt off gradually in the spring. This will safeguard eavesthroughs and avoid accidents. An added benefit of snow guards is that, since the snow will not entirely be dumped around the foundation during the winter, there will not be a huge pile of snow around the house that takes forever to melt in the spring.

Bala Structures shares its expertise in its monthly magazine “The neighbours of Chelsea” where it acts as expert in building new houses and undertaking small and large renovations.